Here is the first beta build of Blocs 3.5.4, just in time for the weekend

The only change in build one is the fact the Bootstrap Framework has been updated to the latest version. Take it for a spin and let me know if you have any issues. New build with more fixes coming next week.

Hi @Norm there has been a lot of updates recently in Blocs - are there any additional changes to Blocs or Brics that its worth noting?

All changes are listed in the release notes. 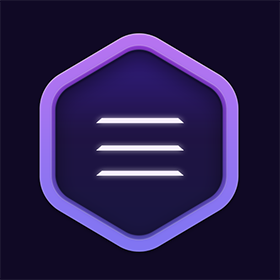 Blocs for Mac is a fast, easy to use and powerful visual web design tool, that lets you create responsive websites without writing code.

Thanks I’ve fixed that up.

The summer is ending soon

I’ve never understood what the big deal is about Wordpress, especially in light of the fact virtually all hack attempts against my non-Wordpress website are from Russia or the Ukraine, seeking to attack what they think could be a Wordpress site. Seems to me like using it would be making your website vulnerable, regardless of whatever benefits it has.

I realize Wordpress is “more than a blogging tool” these days, but I use Blocs to build my website, so I don’t need Wordpress. That’s also why I don’t need SquareSpace either. If I use SquareSpace or Wordpress, why then do I need Blocs?

Seriously… I use Blocs and am happy with it. Prior to that I used Freeway and was satisfied during those years (prior to the need for responsive websites). So what advantage does expanded Wordpress functionality in Blocs give to folks like me? I suspect none and such would just be a boon for those people who like Wordpress, again for reasons I cannot fully understand.

@JDW I agree entirely, Wordpress, being an open source platform is probably the most hacked platform out there. It’s joined by Joomla which is also notorious for having nightly builds as a means of defeating the hackers. The core platform is a 38 mb monster and the themes can be anywhere between 1mb and 10mb , with the more popular themes being about 5.5 mb. And that’s before you’ve added any content!

Personally, I don’t see any great advantage to Blocs having wordpress capabilities. It may be fine for those who are looking to use something like Blocs to create wordpress themes, but apart from this narrow requirement, I think Wordpress capabilities in Blocs will simply create a major headache for the developers. Blocs could end up going the same way as products such as Artisteer (wordpress and joomla theme builder app). The Artisteer app developers just couldn’t keep abreast of the constant changes and features that people wanted in their wordpress themes. They first had to ditch their Mac version because it was too difficult to maintain and update - much to the annoyance of Mac users who paid good money for the app, and then their Windows version just became too expensive to own. (or should I say rent).

For those that have a need for a CMS, they can install wordpress and simply choose from thousands of available themes. They can even get a theme builder plugin that will design their theme online.

Interestingly, I have a local radio station that uses wordpress for it’s website. The station manager and most of their presenters think the site is a toal mess (and it is). The strange thing is it’s only updated with advertising, very little else. I was approached by the station to give them an alternative website that would drag them screaming into the 21st century. I produced a super demo site in Blocs which all concerned absolutely loved. Unfortunately, the owner of the station wanted to stick with the wordpress site because one of his relatives was being paid to keep the site alive and the relative only knew about wordpress - nothing else. So, I didn’t get the deal and they’re stuck with one of the worst websites I’ve seen for a radio station.

I think blocs should stay well away from Wordpress - I think it would be a travesty if it became just another template building app. Much better to leave it to create good functional websites, and leave the wordpress aficionados to do their own thing. I can imagine what this forum will be like if Blocs goes the wordpress route in any significant way. It will be full of posts about getting wordpress working with the Blocs themes, and people asking for all sorts of plugins and bolt ons to make their wordpress sites do things that would otherwise require them to purchase third-party wordpress plugins. I can foresee people like @norm spending his time solving wordpress issues and conflicts rather than being more usefully deployed creating a great web development app.

Perhaps we should keep this thread on topic with feedback about 3.5.4b1. @Edward @JDW @hendon52 I think the pros and cons of WordPress integration with Blocs is a perfectly valid topic if you want to start a separate thread for general discussion.

I agree with the previous speaker, WP for blocs is as superfluous as a goiter, you shouldn’t overload blocs with things that only a few really need. The developers should better use their energy for the further development of blocs, the competition never sleeps.