Thanks to all who are able to help test.

Sure would be nice when we could use these in the next revision.

On a side note, @Norm when will https://solisapp.com be able to be use? Is there an update on its way?

I’m not sure what you mean.

Solis was recently updated. Make sure you log any bugs with solid via support desk and I’ll get those patched up.

You had me turn off Broadcasting, because it was locking up Blocs.

That should be fixed now.

Okay, thank you, I will check it out.

I second the request for an update to Solis. I’ve filed a ticket with Solis’s support deck. The preview in Solis is inaccurate. I have attached a screenshot of the Blocs Preview and a screenshot of Solis for a very simple page. As you can see, the vertical spacing is incorrect. It seems to have something to do with settings on the individual blocs. I say that because changing the padding on a bloc results in no change in the view in Solis. In contrast, change the padding of a row in the bloc and Solis does change. I used Blocs 4.4.2, tested both Bootstrap 4 and 5. Bloc preferences were set to Local Server and Broadcasting Canvas was enabled. Solis was launched using the icon located in the lower right corner of the Blocs window.

I also tried connecting Solis by closing the Solis window containing the Viewports, which presents the Select a Source to Open options. I choose the Local Host option. In this case, the preview in Solis was correct, but it did not update following a change in Blocs, even after Purging the Cache and Reloading. Note that Purging and Reloading would occasionally cause an update; if it does in your testing, make additional changes in Blocs.

I am using Solis 1.0.8; using the Solis “Check for Update” menu item reports that I have the latest. 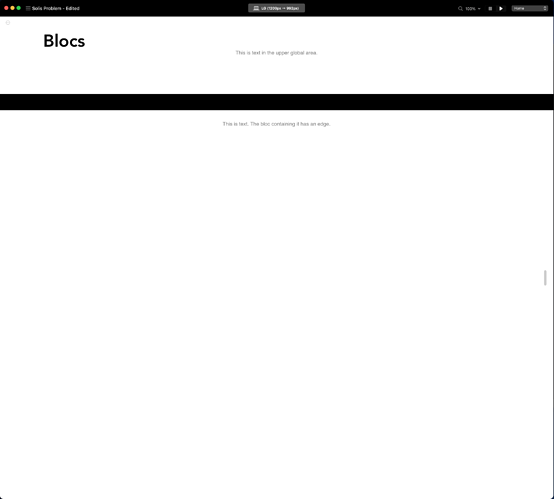 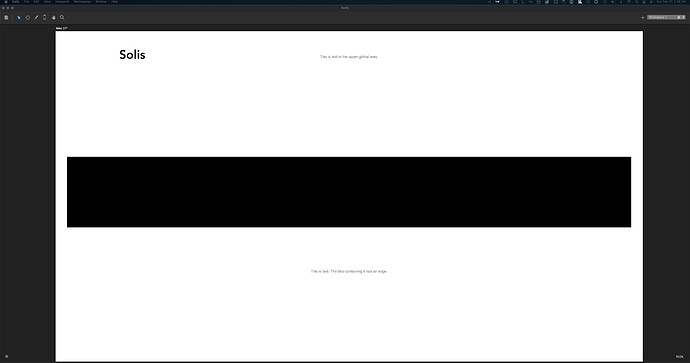 I have never seen this before when attempting to open a project file.

Working on a different project, Blocs has been saving quite normally all day, but just now it took a good minute or two with spinning ball before completion and nothing else seemed accessible during that time. I couldn’t even take a picture with the screenshot utility.

I have just generated a Blocs status report before taking any further steps and I’ll send it in with a bug report.

Something very strange here. If I select a paragraph bric and change the font in the side panel this automatically creates a custom class as you would expect. The change is immediately visible in edit mode, but not in preview, nor if viewed in the web browser. This is not something I have encountered previously.

Every time I turn some text into a page link Blocs is adding a line break afterwards. This isn’t visible on the page, however it does show in the layer navigator and these then need to be removed manually.

Edit: this seems to be happening in some cases but not others. I am trying to discover the reproducible cause.

When I delete a span on a text bric it creates a break line too. In normal and in beta.

Any chance we could have a character count warning for the browser title like the description area in page settings? I believe it should be capped at around 60 characters.

According to this page 70 seems to be the practical limit. 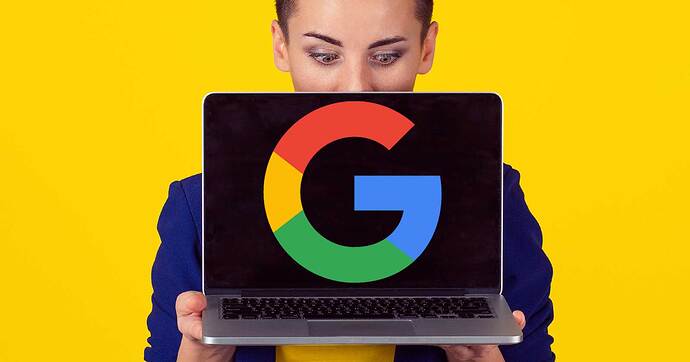 I really like the missing fonts advisory when a project is opened. It would be very useful if there was something similar related to page or project attachments, telling us whether an attachment was missing or indeed if it could be removed because there was no related bric in use.

OK here is a suggestion I think would be very useful. How about if the layer navigator had a search function? On big pages with many elements it could really help troubleshooting. It’s already in place for page searches.

I would also like an option to search for words on the page in edit mode, particularly for locating typos. In theory this could be expanded to locate the use of custom classes.

I think it would be a nice touch if scroll to target ID links were ordered alphabetically.

I have reported a bug that has been driving me nuts.

If you have an element - say a paragraph - and apply a custom class to it, then edit that class to use an image, the image will be applied to the bloc that the element sits inside, not the element itself. Also the custom class will not show the image that has been applied ( but that image is now shown for the bloc).

I can’t replicate that bug?

Unless you are clicking the image in the Asset manager… you need to drag the image from the asset manager to the image well in the class editor. Thats been the behaviour for as long as I have used Blocs (right or wrong).

Yeah, I know what you mean and it’s quite annoying. It was this way for as long as I can remember.

you need to drag the image from the asset manager to the image well in the class editor.

Exactly. You need to drag the image for this to work. But, logically, you should be able to click on the image well icon (plus button I think), and it opens the Asset Manager, from there it should select the image for this class, not for the whole parent bloc.