This isn’t directly a question regarding Blocs, but seeing as I spend more time using the app than anything else (and I don’t frequent any other forums), it seems appropriate to ask it here.

I currently work with a MacBook Pro (13-inch, 2019, Two Thunderbolt 3 ports) and want to attach it to an external monitor; around 22-27inch. I’m not looking for exact product recommendations (though they are welcome), but more tips on what to look out for in terms of compatibility and, probably more importantly, what to avoid. I have no experience of how screen ratios, etc, may or may not affect the output from the MacBook when viewed on a larger screen; possibly in a different size format.

Post Christmas, I’ll be looking towards the budget end of the market. I like to look of the HP fw range, but have read on a review that they had problems connecting a MacBook to it. Does anybody have any experience of using the HP monitor with a MacBook?

@Mattheus Thanks for your answer. Does it run straight from a USB C to HDMI cable, or do you need any adapters?

Hi @Reg, Along my 27" iMac I’m using an Dell and LG 27" 4K. Both are connected with an HDMI to USB-C cable. The LG screen started bleeding after about a year but healed itself in a few months. Happy with both.

You need to make sure that the graphics capabilities of your laptop can support whatever display you attach, but that shouldn’t be an issue with a 2019 MBP.

BenQ monitors tend to be good value for money and for web work you won’t need a wide gamut display that is often used by photographers and printers who need accurate colour management. I’d go for something with an sRGB colour space.

There is a glitch at the moment with Big Sur 11.1 not waking external displays via HDMI but not everybody is effected and no doubt it will be sorted soon. I would go for the biggest display you can afford, because it makes web design so much easier and also helps you to preview a site on a larger screen as well. For this reason I use a 32" display.

You want a minimum of 2K resolution and possibly 4K, though that will increase the costs. Look for the ability to adjust the angle and height of the display as well for comfortable viewing.

@Flashman Thanks for your answer. Very helpful!

Also I would look for features like eye care that reduce strain. You can ignore hype about response times that are really just for gaming.

@Flashman Did you ever consider retiring your username on the 31st of Dec?

If you know the books, Flashman was a true gentleman of great virtue

Actually I don’t think it’s even possible to change a username. I’d basically have to start from scratch.

@Flashman, Just looked up the books (never heard of them before). They sound interesting. Now I understand your profile pic

If you know the books, Flashman was a true gentleman of great virtue

Wiki describes him as, ‘…a cowardly British soldier, rake and cad.

I think the full link provides a better overview of his many qualities. Sadly there has never been a decent film made of Flashman, though I read some time ago that Ridley Scott wanted to produce a series. 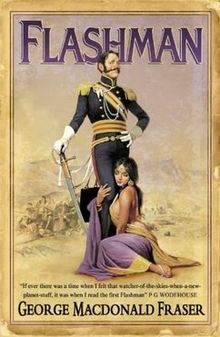 Sir Harry Paget Flashman VC, KCB, KCIE is a fictional character created by Thomas Hughes (1822–1896) in the semi-autobiographical Tom Brown's School Days (1857) and later developed by George MacDonald Fraser (1925–2008). Harry Flashman appears in a series of 12 of Fraser's books, collectively known as The Flashman Papers, with covers illustrated by Arthur Barbosa. Flashman was played by Malcolm McDowell in the Richard Lester 1975 film Royal Flash. In Hughes' 1857 book, Flashman (a relatively ...

My MBP pro is from mid 2012; I use a thunderbolt - HDMI cable and it works great. I think if you choose any monitor with a HDMI connector you will be good to go for the future as many laptops have that port on board. Also; if you might consider buying a Mac mini in the future…

Personally, I wouldn’t buy a monitor only supporting HDMI today or for the past several years, but YMMV.

If your 2019 MacBook is your primary system, what others ‘might’ ever plug into it? If the answer is none, it’s quite nice to go USB-C or Thunderbolt but it depends on your specific usage, while I’ve had much better overall performance across several systems and over time using MacBooks to DisplayPort if not TB/USB-C nowadays. Ports in general are cheap enough other than it will cost a bit more on USB-C or true Thunderbolt displays.

The eye care feature is a good one as someone noted.
Also consider panel type - if graphically inclined, or well, in general other than for gaming, look for an IPS panel over a VA/TN panel. Ironically dedicated displays haven’t quite caught up nowadays vs the various display techs in TVs(e.g. OLED and similar - let alone at sane prices, etc.), although the lines (‘computer display vs tv’) continue to blend together, and some do use a ‘tv’ as a display, but not for something that small size-wise.

The resolution issue - well, I run a 38" LG ultra-wide ‘quad HD’… which isn’t a 4K or 5K display, but does give me ~3840x1600 resolution. This was after liking, mostly, the 34" curved LG, but the vertical resolution is lacking for the work I do… I can run multiple apps side by side, and in some cases, also top to bottom for smaller apps, e.g. terminal and a task management app.

You’re not looking at larger displays, but I would not buy a ‘standard HD’ resolution screen - your retina display has a much higher DPI, and there are some games being played (sorry, forget the specifics now, so may be somewhat off), but the retina display at ‘effective’ resolution close to a ‘standard’ HD screen - will still be much clearer…and many come away ‘unimpressed’ with their ‘big, new display’ compared to retina displays as a result. This isn’t a huge issue if your focus is not on small text/font sizes or a lot of visual work (e.g. photography or video editing/creation), but can become so if you use smaller font sizes, as a non-retina display (or ‘only’ a standard HD 1920x1080p’ one…) will be less ‘crisp’ for small text, as the retina displays (or a higher resolution display scaled and not running max resolution) effectively have higher pixel density per square inch and is ‘nicer’/cleaner/crisper.

Short version - get a display higher resolution vs a cheap display. 4K/5K displays still aren’t ‘required’ for most work, but you might want to see what’s available out there, and possibly upgrade in size and/or resolution a bit.

I’m biased badly, as I haven’t owned nor would I buy a 22" display in over a decade - I simply spend too much time working on the computer, from code to presentations, etc., and ditched the ‘dual 27" + laptop’ setup in favor of a properly sized ultra wide curved display + laptop screen + airplay iPad pro…and I would still consider a 4K/5K type display if I were convinced I’d get more usable real estate and it would fit on my desk.

When I was buying other displays (really limited selection of widescreens >= 1600 vertical resolution unfortunately, pretty much Dell or LG right now), I really liked Viewsonic(gave my last one to my wife as her external display), and BenQ, but I had my last BenQ lose it’s DisplayPort within a week and exchanged it ultimately for a Viewsonic.

The rest - a lot of them all use a very few manufacturers panels - but Dell, LG, Samsung, ASUS, ViewSonic, BenQ - all are pretty solid overall.

Consider IPS vs TN (get IPS panel IMO - better color in general), reasonable color gamut coverage, and go bigger than you think you ‘need’ and preferably higher than standard 1920x1080p and you should be happy. Unless gaming, don’t worry about 120Hz vs 60Hz refresh, or the various AMD and NVidea sync support for productivity, but do consider resolution and ports to connect to.

Forget about anything, especially lower sizes and price points with ‘speakers’ built-in - they’re crap in general. If considering plugging in multiple different systems to it at times, consider if the control scheme is sane, e.g. quick to toggle between input 1 and 2.

As you’re connecting a MBP, check reviews or complaints if the mac can wake it properly when coming out of sleep, as some displays are still not ‘quite’ mac-compatible (including Dell, surprisingly, as while I dislike their servers and most laptops, they do make a solid set of displays…), but again, using DisplayPort or USB-C or Thunderbolt…helps vs HDMI/Mac weirdness in many cases.

Oh, someone else mentioned this, but seriously - find a display with height and tilt adjustment to make your work environment sane and reasonably ergonomic, and at that side of display, being relatively smaller, consider if you’d ever benefit from being able to rotate it into portrait mode (longer vertically than horizontally) which is awesome for working on any type of long/tall work, from coding to documents, etc.

There’s probably more but it’s late and I’m wiped out, so that’s it from me…

Wow, you’ve given me plenty to consider, rtp. I really appreciate your help. Thanks.

Also consider if you will ever need a pass-thru connection, for another drive. So USB C or Thunderbolt as opposed to HDMI, and ports on the display.