I am a Muse user, still, who have used these two years to find the best replacement for me. I thought the best solution would evolve, quite obvious. It hasn´t, but I have looked into more and more alternatives. Lately Blocs. It looks promising, but I still have some doubts.

I am foremost a photographer, then a graphic designer, then a web designer. Muse was very simple to me because I knew InDesign. I have also used Dreamweaver, but just to edit sites, not create sites, because I can´t code and it is actually too complicated to me. And I have tried iWeb, but I didn´t like it. It was too simple.

The pictures are very important to me, obviously. And that is my key question. To me it seems there is a bit of ambiguity if there is a really good and simple to use Image Gallery like the Light Box for Muse. Doesn´t have to be exactly like that, but you should be able to show small pictures, decide the size yourself, click on it and see the picture at a large size. Neatly. And then browse from picture to picture. A lot of pictures. Can´t make individual adjustments on each picture.

I have seen in some threads that there aren´t. I have also seen a tutorial where the Image Gallery and the way to create it didn´t impress me. I think it was the Masonry Gallery and I also read about it. All the same I have seen Bloc sites with beautiful portfolios. I can´t find any cheap templates though. I don´t feel like using CMS, because I have no use for it in other ways.

I liked Muse because I could create my own design. I am opposed to that many sites today looks like they are made in Wix or Squarespace even tough they aren´t. During the years I have understood that the freedom was too time consuming and that Muse delivered messy code on complicated sites. All the same I would like to have some of my freedom to deliver my design. I have understood that Blocs is built on Bootstrap blocs that makes it fast to work with and delivers good code. Do you believe that my design would be too restricted?

I haven´t downloaded the test version. I would like to have some more information and learn me more before I do that. What about the learning curve? I don´t want to spend too much time learning a new application.

I am also a bit confused that I can´t find the information I want. I am not used to that. The community seems wonderful, but there don´t seem to be that many Bloc users, there isn´t much information on Blocs own site, there aren´t many free tutorials as opposed to Blocs competitors and you are referred to paid, not cheap at all, tutorials by another company.

Could you help me with my Light Box/Image gallery problem? Do you think Blocs is the right way to go for me?

I haven’t used Muse in recent years, so I can’t comment on the difference in handling of image galleries.

At the same time, Blocs allows you to create almost any type of website layout, while producing a fully responsive design. You don’t need to use any templates at all, and you don’t need to code. You can start from scratch or use the built-in Blocs (sections) to build pretty much anything.

I am an authorized trainer for Squarespace, and I even use it for my own website, but I like Blocs more when it comes to designing what I like. For me, Blocs hits the perfect balance between the ease of use and freedom to design what I want, all without coding.

I think you can download trial version and use it indefinitely (with some limitations). It will allow you to decide whatever it is the right tool for you or not. There is a learning curve like with any application, but I think that Blocs is pretty straightforward when you understand the basic principles.

I teach all of the basic principles a beginner Blocs user need to understand in my free Getting Started with Blocs 3 course. I also offer paid tutorials package with 100s of detailed videos for people who want to really master Blocs while saving a lot of time, but it is not a must-have purchase. The free course I offer is enough for most people.

There is also a great Knowledge Base with lots of written documentation.
Finally, you can find lots of free tutorials on my YouTube channel as well.

Hi there! My journey to Blocs mirrors yours…Muse was home for a long time.

First, you will not find a replacement that feels like, works like, does what Muse did unless you know how to code. Like you, I do not code, and have found Blocs more then sufficient for my needs.

I settled on Blocs because it comes the closest to Muse freedom…but its very different.

Blocs is based on Bootstrap which uses a 12 column grid layout structure, where Muse is unrestricted by any such structure, so you can place things as you wish. This is a significant difference, one that requires letting go of how Muse was used, and have an open mind to begin the learning process of how Blocs is designed to be used. This is super important to make the transition quicker.

While many will say “you can do anything with Blocs as you did with Muse” this may be true, but not without knowing sufficient coding in both HTML and JS or other code languages.

Blocs uses out-of-the-box brics as pre-built customizable objects that are similar to Muse ‘widgets’, and Blocs has a store that gradually is increasing its offerings for more functionality.

Regarding photo galleries, because I don’t use them, I can’t speak about them, but I know many use them, though I don’t know if extra code is needed or not to achieve the goal you have in mind.

Eldar (the responder above) is the best source for learning Blocs, and I would highly encourage you to explore his tutorials, he has a free course to get you going, and then for purchase he has more detailed trainings.

Also, this forum is a wonderful resource with many folks who are generous with their time and knowledge to help you along the way…

Thanks!
I didn´t realise I could use the trial version indefinitely. I must have read an old post.
I will download it and take it from there.

Thanks for your enlightenment.
Seems like Blocs in many ways is the way to go for me. Freedom, but less freedom than Muse. And I think that is good, because freedom also have a price. It takes longer time.
I hope some others will have an answer regarding photo gallery. That is very important to me. But you brought to my eyes one thing that I didn’t realize. That coders also use Blocs and that extra functionality may require code. E.g. a quality photo gallery.

But you brought to my eyes one thing that I didn’t realize. That coders also use Blocs and that extra functionality may require code. E.g. a quality photo gallery.

That’s one of the things I love about Blocs. It’s very easy to build a site without code, but flexible enough to expand with custom coding or adding scripts etc.

That coders also use Blocs

Blocs is best understood as a professional tool for website designers, who may or may not have coding skill, and a professional tool with sufficient ease of use for individuals who wish to build their own personal website and are willing to learn the fundamentals of how the tool was intended to be used.

Please take a look here.
Maybe it suits your needs. 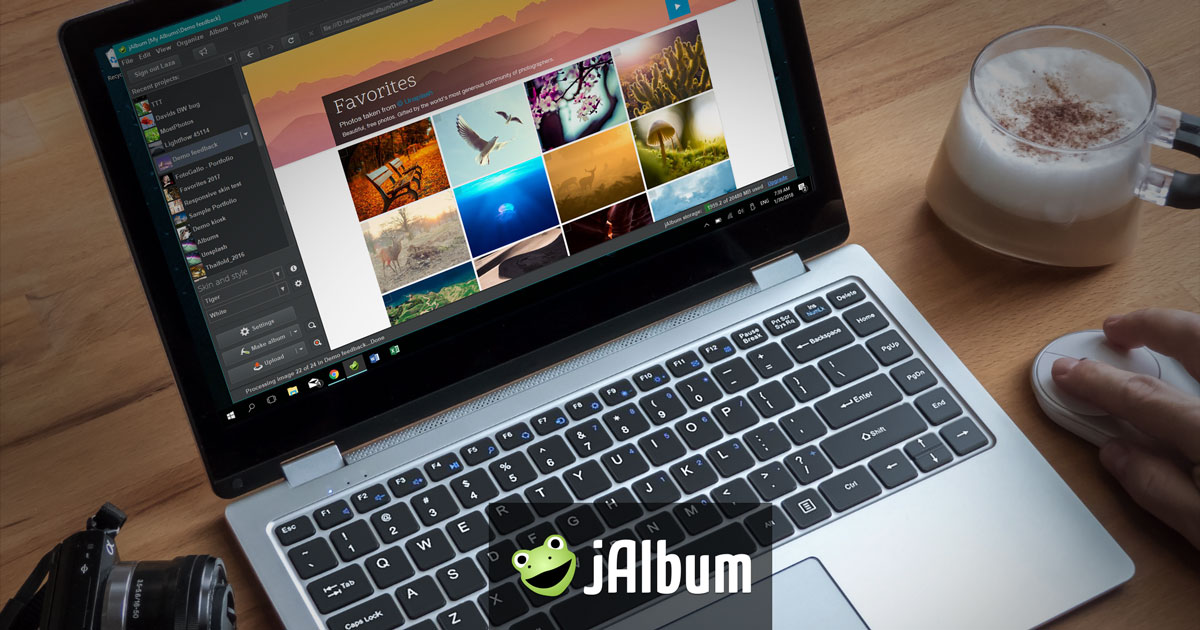 That is probably the reason why there is so different opinions on what you can do with Blocs.

Thanks! Many interesting albums, but none that suits me. So far. But if there would be, could I put that on my Blocs site?

Yes you can.
jAlbum generates a code. You can put that code in a code widget in Blocs.

I was also a Muse user, for some time, and what I always experienced when using it was I got extremely tired in the head, editing “breakpoints”, resizing etc etc and that tiredness seems to have disappeared when starting using Blocs, can’t explain it more appropriate than that…

Well, I would love to get rid of that tiredness too. That is a nuisance with Muse.

What has been your experience so far?

I am drudging my way through tutorials and texts and it still seems like Blocs is the way to go for me and that Blocs is a very good application. I still think that the ways of learning it aren’t as good as I am used to. I haven’t found a Photo Gallery that suits me yet, but I haven’t been looking that hard lately.