I was wondering what you guys do to improve the performance of web pages created with blocs since according to lighthouse it is difficult for google to render all the JS / CSS created by blocs (eleven) I still don’t understand why there are so many. 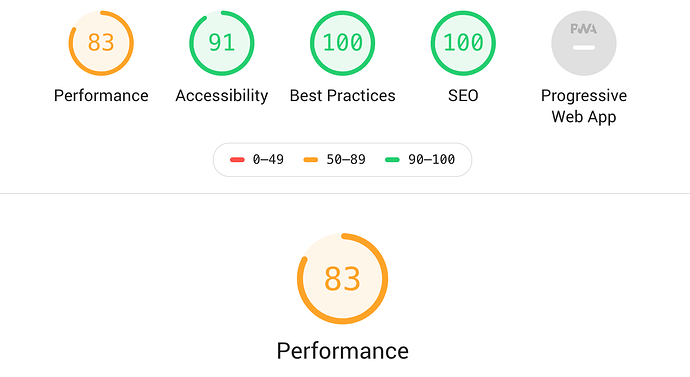 I usually try to combine them as much as I can into a single file but it is a tedious process if you need to re-edit the website. @Norm is there a way for blocs not to export as many JS / CSS?

I’m no expert on this subject, as regular readers will attest, but I followed GTmetrix’s simple advice and greatly improved my website’s speed… 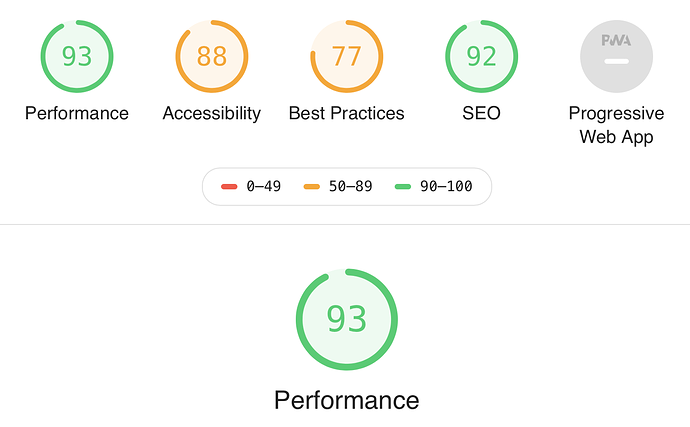 This is my score on GTmetrix 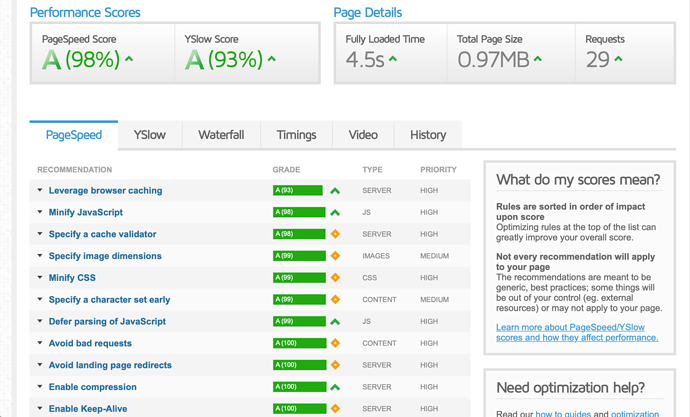 But blocs export a crazy amount of css/js 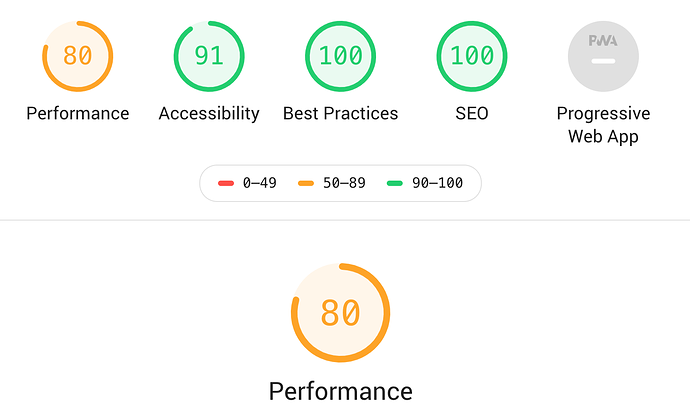 Look how many js and css files

I have learned that some things are not worth worrying about if a) your speed is good and b) your SEO is good.

For example, the number of ‘requests‘ in my case… it’s because I have a lot of (well optimised) photos on my home page. So I live with it.

Anyway, hopefully some better-informed people will chip in!

if you are not using font awesome, ion icons or line icons you do not need those files

hopefully they will in next updates

I think you will find that unused fonts will not affect page load times. Fonts are generally only loaded if there are specific references to the fonts in the CSS of your website. In other words, they load when they are called. If you haven’t called any of the fonts through the CSS, they won’t be loaded. If you are concerned about this, simply delete the unused fonts from the fonts folder after publishing.

Im always trying to follow all the advices by google to improve the performance of my sites but honestly there is way to much manually stuff to do. For exmaple I don’t understand why blocs export all the bootstrap library when you are not using the whole thing. There is a problem also on the font file that google ask for correction and so on. I was trying to implement a few days ago google’s new vitals in one of my sites and I think by next year this will be a huge topic on the forum if blocs 4 doesn’t correct it! I mean if you only need a site to have something online where people can go from time to time then is fine but if you are relying on google to rank you site then you will have a, serious problem. The average performance of a page build by blocs without any manual work is between 80 to 86% or so… Thats not good.

@Stewie_Griffin I think most of us who were feed up with bloated wordpress sites sendup using blocsapp in hope it will produce high performance websites. but we end up getting the same bloated poor quality code with no option to use a plugin to automate the manual work.

I think some people go into meltdown when it comes to testing for page speed, and more often than not, much of it is pure hype to get people to sign-up for website monitoring services. I took a few of the speed test websites and was hard pushed to find one that ranked higher than 76%!! so why were they at the top of Google listings? because they paid to be there.

Although it is generally accepted that bootstrap does cause initial bloat when visiting a site for the first time, it isn’t the major issue that many make it out to be. If it is of real concern, there is nothing to stop you from serving bootstrap from a CDN. Of course, you always run the risk that the CDN may be down when someone visits, so you would probably need a fall back to your own hosted version of bootstrap anyway. You can do the same with javascript libraries, but with the same caveats. This only works because there are millions of websites out there that use the bootstrap framework, so the chances are that many users may already have a cached version of the bootstrap framework if they happen to have visited a site that uses the same CDN. Likewise, anyone who has visited your site will also have a cached version of your bootstrap framework, so repeat visits will be much faster. The same applies to fonts. You could have those delivered via a CDN on the off-chance that another site the user has visited has used the same fonts as the ones in your website.

The other thing you can do is to consolidate those CSS files into a single file and then minify the consolidated file. This is a simple copy and paste function and only requires a simple change to one line in your output HTML file. You could also enable GZIP on your hosting so that everything gets compressed on your server.

By far, the biggest savings are made by correctly optimising your content, particularly images. As things stand with Blocs, it already minimises your HTML, CSS, Javascript and Bootstrap files, so it’s already doing as much as possible to create faster loading sites. Anything beyond that is down to you, as the website developer. As almost every academic will tell you, the only real way of fully optimising your site is to hand code it. Of course, that suits their narrative because they make their living by teaching people how to hand code. Google, as you would expect, do their bit to support the narrative by convincing everyone that they are going to downgrade your ranking if you don’t achieve a certain mythical score. The fact is there are millions of bootstrap websites out there that actually do appear in Google’s listing, so there is clearly other factors involved in the ranking algorithm.

Certainly, Google doesn’t seem to worry about page speed when it comes to websites that are serving up google ads and using google tracking tools. The BBC News website ranks at about 68% (81% for a repeat visit), but it delivers a lot of content for Google. So, expect the BBC and similar site to get very high rankings from Google.

For me, the benchmark of performance is page size. If it’s less than the median of 2.11 mb it will do just fine. Interestingly, even a page size within that median can load in anywhere from 1.2 seconds to 7.8 seconds, depending where the test server is located. So, much of this speed testing is very much driven by the gullible. Seeking utopia on the Google scale isn’t the be-all and end-all of website design and development. People visit websites for all manner of reasons and as long as they see something within a few second, they are normally happy. I don’t know of too many people who sit there counting the milliseconds in order to decide if they are going to stick around to see what the site has to offer. If that was the case, I’m sure Amazon wouldn’t get the number of visits it gets. (their score, by the way, is between 51% and 73% with an average load time of 7.37 seconds.

Certainly, Google doesn’t seem to worry about page speed when it comes to websites that are serving up google ads and using google tracking tools. The BBC News website ranks at about 68% ( 81% for a repeat visit ), but it delivers a lot of content for Google. So, expect the BBC and similar site to get very high rankings from Google.

This will change by next year. Most of the SEO gurus are warning the web developers already about this. It won’t be the main factor for ranking but it will play a good part on the game.
Also paid ads to list in google on fist place its a waste of time and money. The only people who clics on them are your competitor’s bots.