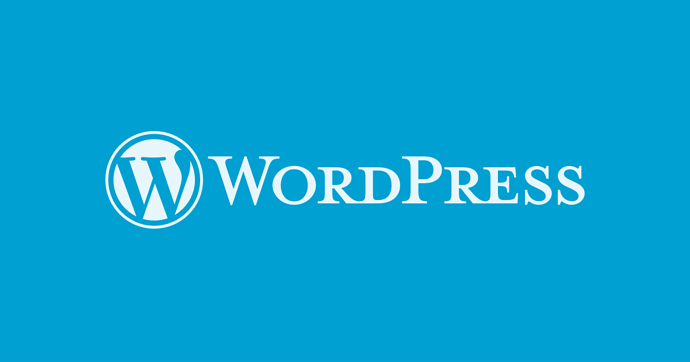 WordPress 5.8 release cycle is different than previous ones in several ways but release squad navigates it with ease, even though not entirely without pressure. One of these differences is a decisi…

I guess the most interesting for Blocs is Introducing the template editor in WordPress 5.8 – Make WordPress Core, because it targets Blocs “marketplace”
Well, not that it can reach its waters. But in a few years it will.

So, time to leave WP behind. I am concluding my ongoing WP Projects and then will stop working with it.
The changes are unwelcome. It’s - as a CMS - trying to do things that I may or may not want, and if I want them - then leave it to me to decide what I use to do those things (such as templating, for example).

Again putting @Norm’s attention towards ClassicPress, a “coming up” fork of WP 4.9 (pre Blocks) that will not attempt to steal your market

and will not introduce breaking changes all 3 months. We actually need builders like yours

I for one, am moving to CP fully, because tired of how WordPress proceeds introducing half-ripe solutions to the enduser, without a proper, seasoned and hardcore field testing first.
I recall (and still pain under) initial Blocks Release, which is all but stable, and all but useful, unless you want to maintain a plain simple Blog.

Interesting. I haven’t really put any effort yet into learning WP. Glad I didn’t

Thank you for bringing this to our attention.

I don’t know enough about the politics of WP, but I’ve heard they are concerned some of the paid plugin page builders are effectively taking over and want to take back control. Looking at Gutenberg Blocks it doesn’t look good so far.

Are we basically saying that WP should not be considered a reliable option for development?

I prefer Joomla since many years when a customer needs some more interaktive website. And I love blocs to build static websites.

I would not go as far as saying “bad”, it is after all a preference and it depends on what you want to do.
It has cool parts and ideas. A plugin? Hell yes. In core!? Nope thanks.

In my experience, and in the experience of many people I talk to, the Blocks thingy - while being many things - is not really stable and it is more oriented towards an “end user” than a Developer.
I still laugh at how Matt introduced the Blocks (AKA Gutenberg) as a “chance for developers to redo existing work using Blocks” (https://ma.tt/2017/08/we-called-it-gutenberg-for-a-reason/, Developers and agencies section).
That’s almost offending. As if I would have the courage to go to a client and tell him “what I did before was garbage, now there is a cool way, pay me 5k and I will make you king of your own website”

Anyway, using blocks, you will find yourself being positively surprised how fast you can add some fancy header, loop section, quote or whatnot. With an army of new plugins providing all kind of add-on settings for blocks or advanced blocks, you can do cool things like create lists and searches all only using drag and drop and change some settings.
Fancy shadow under the box, perhaps a link wrapping your box, and that link shall be dynamic? No problem.

It’s like shortcodes, but visual. Like Elementor, but integrated in Core (and not that much HTML garbage).

Just, what will happen is that after doing all the fancy stuff, you turn off the screen and next day, or perhaps next week, or who knows after an update you come back and stuff will look as chewed by a cow.

All those fancy paddings suddenly may be lost. Or perhaps added, where previously there where none, just “because”.
Maybe you will find yourself in front of an empty editor.

Or, and that was my last experience with it, you will be observing how the console piles up 146 lines of the same error, all due to a wrongly saved “reusable” block, something that literally can happen with one click in the new interface without your conscious intention.
At this point you wont be able to save, edit, change or else any post anymore, because on any post it will try to pull in that faulty saved reusable block wether you use it or not.
Now everything is “on the fly” and once this “on the fly” stuff has a single error in the process, that’s it.

You can stay there looking at your console going from 146 lines of error to 230, and then 460 and 500, and after half an hour waiting just because its fun, you will delete the website

Joking apart, the above was my last attempt and since then I decided to not give it anymore trials unless where used already.
I have had more issues than actual advantages on each site I had to, or decided to use Blocks.

In the begin I was like “give it time”. Now it is been 3 years, and it doesn’t get any better.

Just the concept is already frightening to me.
Basically, the clear border between back- and front- end is gone. An example. This is complete utter garbage, my apologies for the choice of words.
It makes no sense, and is not only annoying but also dangerous.
Suddenly code intended for the backend will run on the front end and code intended for the front end will run in the backend.
(I am not referring to the security aspect of code, we need to check if a user can (current_user_can) for that, but still is_admin is a clear high level command and programmatic way of telling a wp php based program “check if is admin area”.)

Thus now you need to check on a number of new/other checks, and that may or may not be enough, and may or may not ruin the “visual” building experience.
If, say, you have a shortcode that should not execute in the backend, the user will see “old school” syntax in the middle of a Visual Builder. Confusing. But what’s worse is you actually need to tell that to your shortcode meanwhile, otherwise, it will just try to execute in the very post editor, because that thing now is not anymore considered “admin”.

Not to forget, this blocks thingy will destroy any incentive or motivation for a newbie to even learn real HTML and CSS. Not to speak of some other more advanced programming language to perhaps perform a query or else. I consider this … very, very bad.

And I just don’t like how the community was basically ignored, and the plans of a company sticking behind a community open source project being pushed thru. Just check this out:
millions of installs of a plugin which disables the whole blocks thing. Note that WP Stops counting after 5 million installs. It could well be there are 10, or 20 million sites with that plugin active, thus, disliking Blocks. That plugin appears on the actual landing page of WP Plugins, under the “Popular Plugins” section. That is how popular it is.

That said, I am not going to stop anyone using WP. It was and still is a great tool. But it is getting narrow, sooner or later disabling blocks will not be an option anymore (with 5.8 now that option just got a significant part smaller), and I can’t befriend the drag and drop interface. I consider this “plugin or theme” territory and I love Blocs (no K) exactly because it keeps off the site. I can use it if I want, and then use the exported theme and mess around with the code, instead of relying, and keep using, a Drag and Drop experience which no matter how good, will always be less powerful than a directly accessible code.

Man you do a lot of reading, I don’t know where you find time. I just had a friend of mine asked me I could take her Squarespace page and bring it into WordPress. I started to look into it and found out that the minimum need is $300 per year for a WP business plan. You can no longer install or add any plug-ins until you pay that $300. I think It’s ridiculous where WordPress has gone and will be in the future.
Oh yeah and then you have to pay Annually for elemental or or Gutenberg to make it so much easier to edit pages.
Go Blocs!!!

Isn’t WordPress still free if you host it yourself? 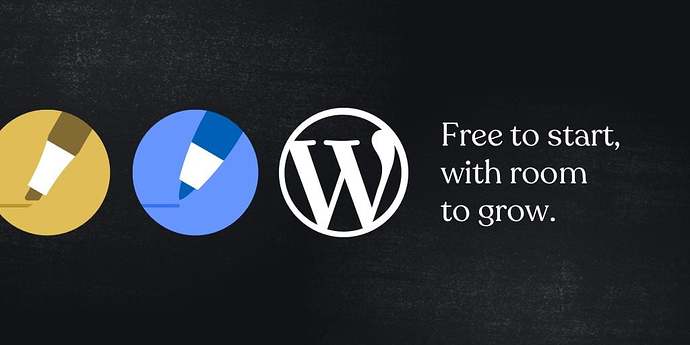 How much does WordPress cost? WordPress.com pricing is simple. We bundle hosting, domains, privacy, and security into one low price with plans for anyone.

I don’t use Wordpress, but I’m pretty sure those plans are for if you host with Wordpress.com. Most hosts offer Wordpress pre-Installs for free.

Yes @Malachiman, but you cannot install Plug-ins for free. Without plug-ins were pressed to be as useless or should I say tedious.

@KBConcepts There is a very large number of plugins for WP. Some are free and others are paid, but there is no real requirement to use wordpress.com if you are happy to host the site yourself.

@Flashman according to this you have to have a Business Plan
$25 per month, billed yearly

I’ve owned this for years https://armingchampions.wordpress.com, I just decided to start working on it. That’s when I could not access FTP or add Plugins.

That’s when I could not access FTP or add Plugins.

That’s the limitation of free hosting on Wordpress. Self host it and you can.

@Malachiman, okay why cannot I add Plugins or use FTP?

WordPress .com users cannot install plugins unless they upgrade to the business plan which costs about $299 per year. If you are on a free, personal, or premium plan, then you cannot install third-party plugins .

Is hosting included?
All WordPress.com plans, including the free plan, come with fast, secure, and reliable hosting.

I will sell you some Wordpress hosting for $250 per year

I see a Wordpress site as a compilation of plugins designed by different minds, with different coding skills & goals.
Was never excited.