Anyone got any issues with the in-built preview not working? When I click the Preview button inside Blocs, some elements do not appear, these are mostly text and buttons. See screenshots below. I’ve restarted my iMac to see if that was the issue but still happening. This is on a freshly created Blocs 3 project, on a Blocs 2 project migrated to V3 it doesn’t happen. If I scroll right to the bottom of the page, the buttons then load in but nothing else does. 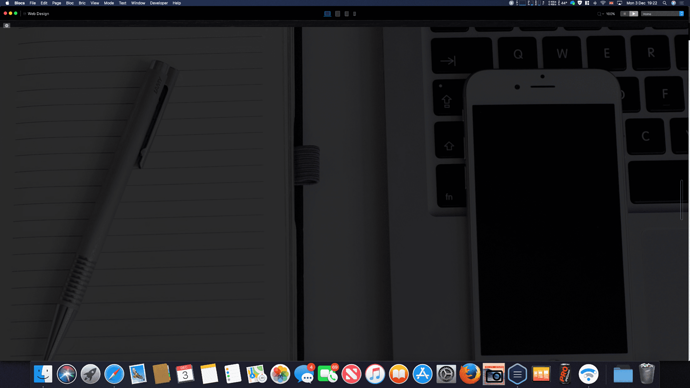 After scrolling down a little a few buttons popped up, and then a heading popped up but disappeared. Once I had scrolled down and used the scroll down arrows, the ones below the top hero diverted immediately to the top and the scroll down at the top only goes down half a bloc. Sticky Nav is also selected but not showing either

Wondered if anyone has experienced this since 3.0.4? If not will send it to @Norm to have a quick look.

EDIT: Tested a slightly older version of the site and it works perfectly, I did add/test the animated background bric earlier so I suspect this could have something to do with it.

Would you mind trying the broken project with Blocs 3.0.3 just to be sure (just drag the app to your desktop rather than app folder), I did update the animation.css framework in this release, even thought I tested every animation to be sure, I may have missed something.

Will test now but I have a feeling it’s due to something I did with the Animated Background custom bric, I can just save the old templates and load them back into the latest site. Will let you know.

OK tested this @Norm, works perfect on Blocs 3.0.3. Do you want me to submit a ticket and send you my file?

Strangely it only happens on 2 Blocs for some reason on the same page, I’ve tested other pages and blocs briefly and seem ok. May help narrow it down.

Yeah, submit a bug and include the project. Thanks.

Ok so its working fine here for me in both 3.0.3 and 3.0.4. It’s probably worth mentioning that I don’t have the animated background.css file attached.

So I would suggest, opening the broken project in Blocs 3.0.4 and removing the animated bg file from the page header attachments, see if that fixes it. If so, it’s likely the anim bg class is breaking the project.

Star. I suspected it was that, but I could not find any reference of it in my website after I deleted it all, so I uninstalled the Animated Background bric from the Extension Manager, closed Blocs and opened my project back up and it popped up saying cannot find file etc, so, right click > remove and now it works.

@Brocky120 if possible, can you send me please your project, I could not reproduce the problem in a fast test.

I posted an update of the bric here: Custom Bric: Animated Color-Background