When can we expect Blocs 3 to be released? Would it be before the end of the year?

I hope Blocs 3 will have flexibility when working with bric, and what I mean by that is: I miss the option of positioning the elements wherever I want. Or at least to allow us to configure the blocs to any form we want! That would be awesome

Ps: this cant be done on blocs 2 right?

Yeah custom classes let you do all that stuff.

yes but you cant really move for example some html code, I been trying to move for 2 days a buy button from snipcart and the only way I wind was to place a text on the top with 0 opacity and move the text. But thats not what I mean. Imagine you have a bloc right? and you could place the imagine where ever you want without custom classes just drag in it where ever you want, or the icons and so on, some times the distance between the lets say two pictures can be quite big. For example you place and image in the bloc and you can move it to the right with the custom class but you cant move it to the left, does it make any sense to you? 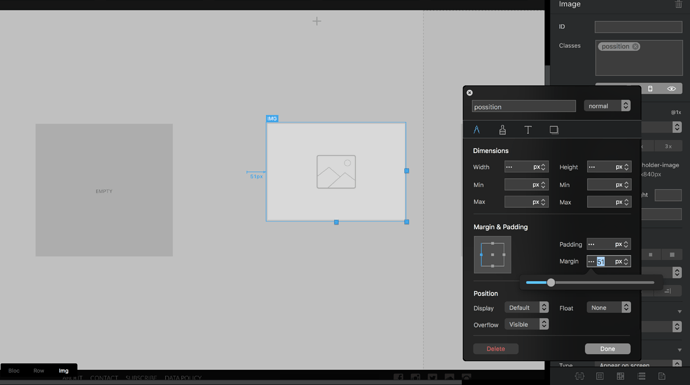 you cant do the same if you want to move the image to the left!

Hello,
when the beta will start?

How can I participate?

Will this be an upgrade, will it cost t upgrade or a completely new paid for platform?

@Norm Will I be consider as a regular? https://www.youtube.com/watch?v=Dj3GH5myc3M

I hope it will finally have a setting for opacity.

With roughly 3 months left to Jan 1 2019 anxious to see and try the new Blocs 3 beta before it’s release.

how can you participate in the beta?

Indeed, I have the same issue. Being constrained to a fix position really isn’t my cup of tee, I want the freedom to move brics around no mater the position with in the Bloc, Custom Classes doesn’t do that in addition Custom Classes add one more step to the build of which I could do with out.

Is there going to be some ideas of making content more semantic like use of sections instead of plain div? Maybe a bloc could be a section, first bloc could be a header and footer should be a… footer.

Any change of beta testing Blocs 3?