I am doing some testing with Blocs on macOS 12. My test machine had blocs 4.1.1 on it so I wanted to update it to latest. The update process failed with an error. I received the following: 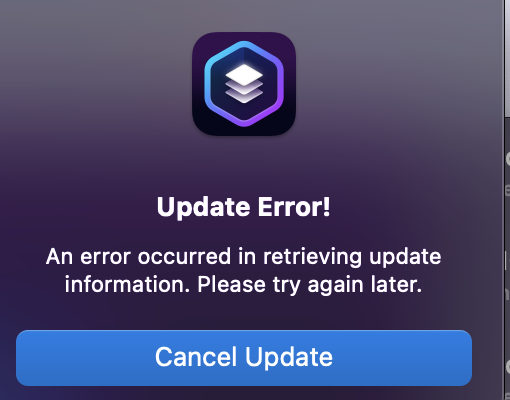 It’s early days, this may fix itself, but I’ll keep an eye on it.

I’m assuming that this is going to be the main thread for macOS 12 Beta?..

Haven’t gotten a device that officially supports macOS Monterey Beta (yet) but from limited usage on a friend’s Mac, it looks like Safari 15 picks up one of the CSS accent colors for the Menu Bar.

This is the media attribute to customize theme-color meta tags for Dark and Light Modes. 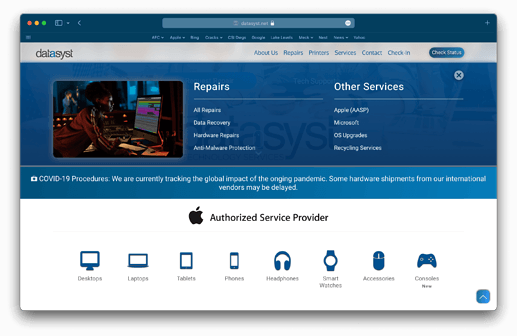 I will likely upgrade my new M1 MBP sometime in July with the public beta testers.

You can switch off that behavior in Safari preferences 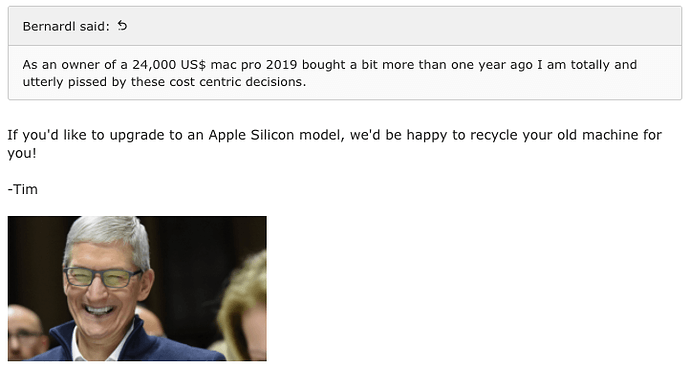 It’s all the neural stuff that relies on the Apple chips.

Wait until this guy sees the new Mac Pro 2022, that’s twice as fast, a third of the size and half the price he paid

Wait until this guy sees the new Mac Pro 2022, that’s twice as fast, a third of the size and half the price he paid

Yeah that should certainly make all those people feel better and not worse. ;–)

It’s bad enough that my Mac mini purchased a year ago and still in the current line up will not have all the features in Monterey. I knew this was likely though and it was a calculated decision to buy the mini at that time.

Surely Mac Pro buyers must have paused before spending that kind of money, knowing that silicon was coming.

It’s sometimes a case of you buy what you need when you need it. Same with my 16” MacBook Pro, I knew what was coming when I dropped the $$$, but I needed to replace the one I had at the time and I got what I needed.

Sure it’s widely understood that the vast majority of the Apple Fandom will continue to be thrilled with and love everything that Apple does regardless of any and all factors that may affect them or their wallets.

No complaints from me it just means more lightly used computers will continue to be available at discounted prices as people think they need to chase the latest and greatest. When macOS finally goes Silicon only I will then feel compelled, no rush. ;–)

Last year I was editing some videos for a client (1 of 2 jobs in my business I had last year!!) and then had to render them (on my MacBook pro and took around 1-2hrs per video on the big ones) my friend had a iMac Pro and this took literally 6 minutes at the most on his machine.

Then a few weeks later I did a studio show round and they told me about the 2 x rack mount mac pro’s they had just bought at £45,000 each !!! - I told him about my video rendering, they had final cut on both machines, so we transferred the raw footage from my mac it to his Mac Pro and WOW!!!..it was like instant, clicked the video and BOOM there it was! done. Bit of an overkill machine for website building though !!

The one machine I am after is a new MacBook pro 16" M1, or might be M2 then…but still considering the 13" as it has a great price point…but screen might be too small for me.

I am just curious how Blocs is progressing with Monterey? In theory it is relatively close to release now.

I know pre-installed PHP is gone in the next release, so I’m still mulling over the best approach with how to deal with that.

Oh interesting, when you look it up so much talk about it. A lot of people seem to favour the decision though.

It’s coming tomorrow and I’m debating whether to go straight ahead or wait for a while and also if it might be better to go for a clean install. My mini came with Catalina, then I installed Big Sur over the top, so this would be the third OS version in 18 months. 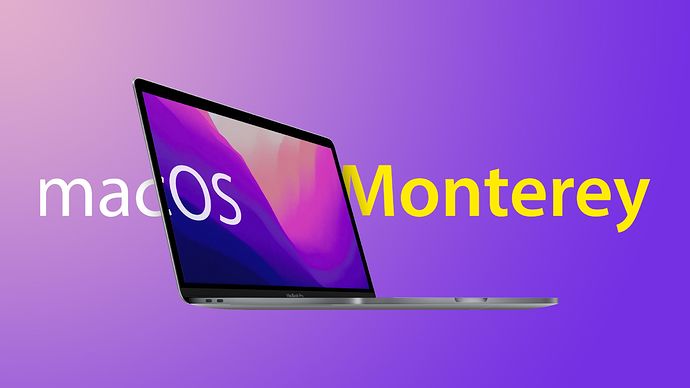 On my M1 I will install Monterey over Big Sur. My Intell will get a clean install. It came with Catalina.

My Mini also came with Catalina.
I’m running Monterey RC already with absolutely no issues at all.

I always wait until the summer after the release to install on my main Mac.

I’ll do what I do every year… say I will wait a week or so…. then be running the new OS by that afternoon and pushing work back